I’m very proud and excited to be able to announce the upcoming release of my new album, FACING THE FALLING SKY. The album will be released this Autumn, on CD, download and streaming on all the usual platforms.

It’s been an interesting experience recording this album. I never intended for there to be such a big break between releases after Dark Moons & Nightingales was issued in 2009. But a lot has happened in the intervening time.

In the spring of 2010, I left London and moved to Scotland, to the Orkney Islands, where I set up my studio, Starling Recording Studio. In 2016 my good friend and biggest musical inspiration, Keith Emerson, died. We also lost my father-in-law that year, as well as several iconic musical artists, so it was a difficult year, and made working on music too painful for me for a time. Along the way, I had a couple of scary health issues, culminating with a serious spinal operation on my neck last year. All of this took time away from the production, and repeatedly delayed work on the album.

Things are happier and healthier now, and it was gratifying to receive an email the other day confirming that the CDs for Facing The Falling Sky had gone into production – on the first anniversary of my spinal surgery.

I’m thrilled to have been able to use the stunning cover photo, taken by Graham Simpson here in Orkney. It’s an extraordinary image, and sums up the album quite well.

The cover and title aren’t meant to be bleak – there is courage in facing up to things, even when it feels as though the sky is falling in. 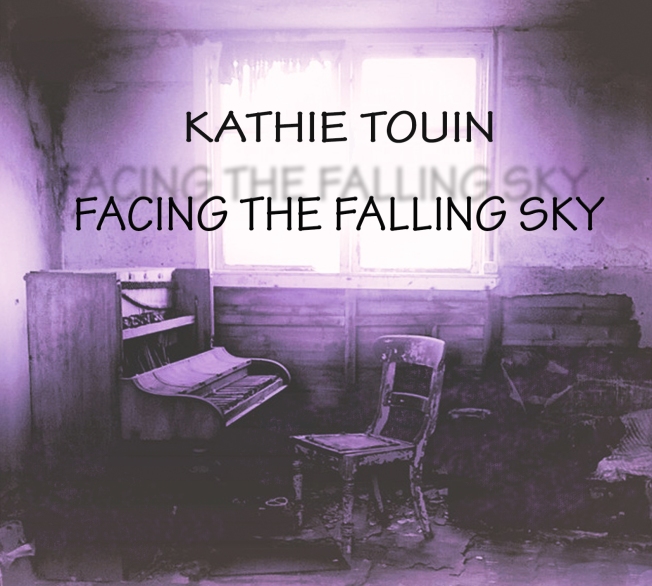 The cover of my new album, Facing The Falling Sky, using a photograph by Graham Simpson

This is the first time that I have used ProTools to record one of my albums, allowing me to experiment more with sound, using sample libraries, loops and my own ambient recordings to add to the music. This led to some fun additions to some tracks, including a theremin, Stylophone and even kazoo and wooden frog! I also rediscovered my love of just playing around with synthesizers; I still own my very first synth, a Korg Mono/Poly bought in 1983. It makes a couple of appearances on the album.

You’ll find the music has a much wider palette of sounds, and more adventurous arrangements, than I have previously used. I also play more guitar on this album than before.

I was very lucky to have some fabulous talent play on a couple of the tracks. Guitarist/producer Arron Storey guests on lead guitar, while violinist Fiona Driver and cellist Linda Hamilton contribute gorgeous strings. It was mastered brilliantly as always by Adam Helal of 2020 Audio in London.

So watch this space – I will be announcing the release date soon, and there will be a single from the album released shortly. In the meantime, I hope you enjoy the brief preview of the new album at the top of this post.

PS If you’d like to find out more about my previous releases please visit my website, www.kathietouin.com. Downloads are on iTunes, Amazon, Google, CDBaby and the usual outlets.

RSS feed for my blog